Renewable Energy and Engines Laboratory
College of Engineering and Computing
Home > Awards > The Most Advanced Laser in the World Used for Shafting Alignment, Lands in the Engine Performance Laboratory due to the Undergraduate Engineering Student – Emerald Simons

The Most Advanced Laser in the World Used for Shafting Alignment, Lands in the Engine Performance Laboratory due to the Undergraduate Engineering Student – Emerald Simons 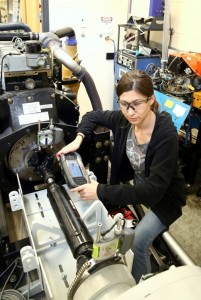 Georgia Southern undergraduate student Emerald Simons, competed for, and won, the VibrAlign National Award. The award provides her with a scholarship that will allow one year’s use of a state-of-the-art laser shaft alignment system in the University’s Engine Performance Laboratory.

The award is part of VibrAlign’s Realigning America scholarship program. Four times a year, the program awards scholarships to outstanding students who submit the best technical papers on the importance of properly aligned machinery. The highly competitive program draws entries from around the United States. Emerald’s technical paper on shafts dynamics under the supervision of Dr. Soloiu, was selected and she won a $500 scholarship and use of the Fixturlaser XA laser alignment system, a $24,000 rental package with support, for one year.

Emerald, a student in CEIT/ME, is a native of San Francisco, and served in the United States Army as an Apache Attack Helicopter Mechanic. The highest award achieved during her service was the Army Commendation Medal for meritorious service. Her passion for all things mechanical has led her to study engineering at Georgia Southern after finishing her service.
Emerald is a dual undergraduate/graduate student in Mechanical Engineering Dept. of Georgia Southern University. She has interned at JCB Manufacturing and currently works between classes at Koyo Bearings. Her graduate level research is on sound and vibrations analysis under the supervision of Dr. Valentin Soloiu, the Allen E Paulson Distinguished Chair. Emerald and Dr. Soloiu are building the most advanced vibrations lab in the southeast region of the United States. After finishing her Master’s Degree in Mechanical Engineering, with a concentration in Energy Science, she will pursue a position as a Noise, Vibration, and Harshness Engineer.

According to David Zdrojewski, VibrAlign chief executive officer, “We believe it’s important to support the training of America’s future industrial workforce so they can compete on the world stage. We see the current workforce growing older and it’s time to prepare a new generation. It’s part of our commitment to Realign America.” Zdrojewski founded VibrAlign in 1983 and has been serving as CEO since 1996. VibrAlign, a world leader in the field, is committed to Realigning America, and has served an array of industrial customers from defense contractors to paper makers and specializes in alignment systems, training, calibration and field service. 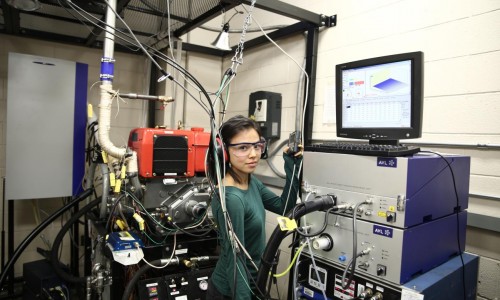 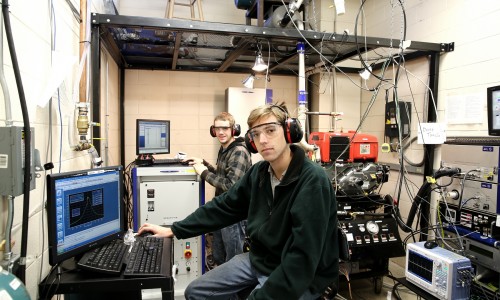 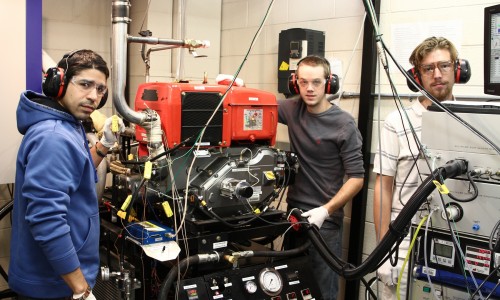