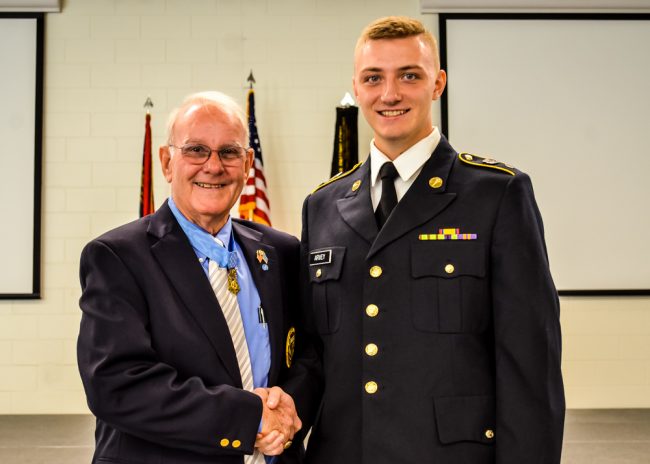 On Friday, Sept. 22, Cadet James Arvey, was awarded the prestigious Armed Forces Communications and Electronics Association Medal of Honor ROTC $5,000 scholarship to help him pursue his career with the Army’s cyber branch and recognized for his outstanding efforts in the field.

Arvey, an information technology major with a 3.9 GPA and a perfect score on his Army Physical Fitness Test, walked across the stage in the University’s new Military Science building, to receive his recognition. In addition to the scholarship, Vietnam veteran and Congressional Medal of Honor recipient, Command Sgt. Maj. (Ret.) Robert Patterson, presented Arvey with a certificate, Medal of Honor coin and Medal of Honor book during the ceremony.